US announces first Omicron case in traveler returning from S.Africa

The United States on Wednesday announced its first confirmed case of the Covid-19 Omicron variant had been detected in California, in a fully vaccinated traveler who had recently returned from South Africa and was recovering from mild symptoms. 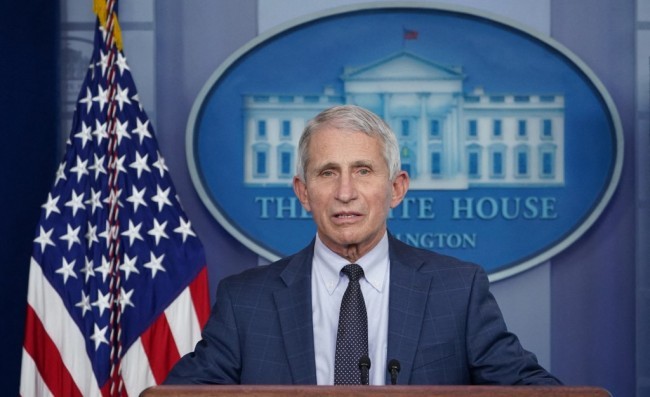 Chief Medical Advisor to the president Dr. Anthony Fauci speaks during the daily briefing in the Brady Briefing Room of the White House in Washington, DC on December 1, 2021. [Photo: AFP]

Top health official Anthony Fauci said authorities "knew it was just a matter of time" before the strain was found in the country, reminding Americans that vaccination, boosters and masking in indoor public settings remained the best way to stay protected.

According to a statement by the Centers for Disease Control and Prevention (CDC), the person returned from South Africa on November 22, and their close contacts have all tested negative.

Speaking to reporters, Fauci added that the patient tested positive on November 29, and that they had not received a booster, to the best of his knowledge.

Some early press reports regarding the Omicron variant have suggested it might confer more mild illness, but Fauci cautioned reading too much into these until more hard data was available.

"We feel good that this patient not only had mild symptoms, but actually the symptoms appear to be improving," he said.

"But as we said, there's a lot of information that is now evolving out of countries like South Africa that have a much larger number of individuals" with the variant, he added.

Such data should follow in the coming weeks and months.

While the person involved was fully vaccinated, Fauci stressed a Covid booster remained a good idea because it raises the number of overall antibodies in a person's immune system, some of which will remain effective at stopping new variants.

"Our experience with variants such as the Delta variant, is that even though the vaccine isn't specifically targeted to the Delta variant, when you get a high enough level of an immune response, you get spillover protection," he said.

Fauci also defended the travel ban the US had placed on southern African countries, which UN Chief Antonio Guterres has slammed as "unfair" and "ineffective."

"We needed to buy some time to be able to prepare, understand what's going on," he said.

"We wanted to make sure that we didn't all of a sudden say it's like anything else, don't worry about it, and then all of a sudden, something unfolds in front of you that you're really not prepared for. So we look at this as a temporary measure."

To prepare for Omicron, the US is planning tougher testing and weighing quarantine requirements for international travelers arriving in the country, including taking a Covid-19 test one day prior to departure, the CDC said Wednesday.